Bedroom (Night)
The Bedroom now has a matching Night scene full of Christmas decorations. I'm not sure if these decorations will stay all year round - happy to hear thoughts on that! 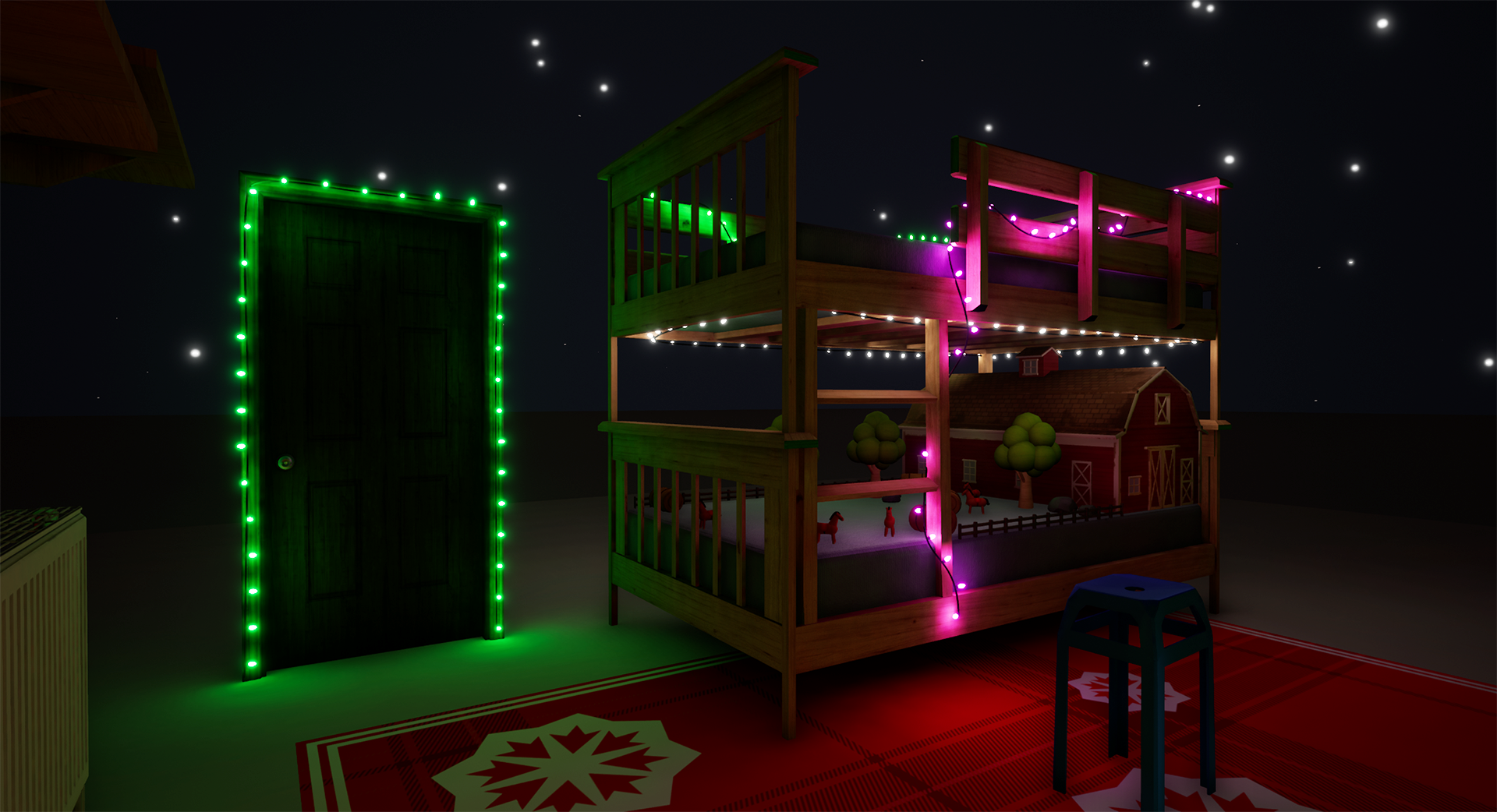 Roman candles
A constant shower of starry loveliness. These are manually turned on and off by left clicking on the rocket.

Gingerbread carriages
A matching set of carriages for the gingerbread train, finally!

Looking forward to 2019
I've got a lot of things planned, some you might be expecting and some you're probably not!
Some frequently requested features which are nearly ready to release include:

Get Tracks: The Train Set Game